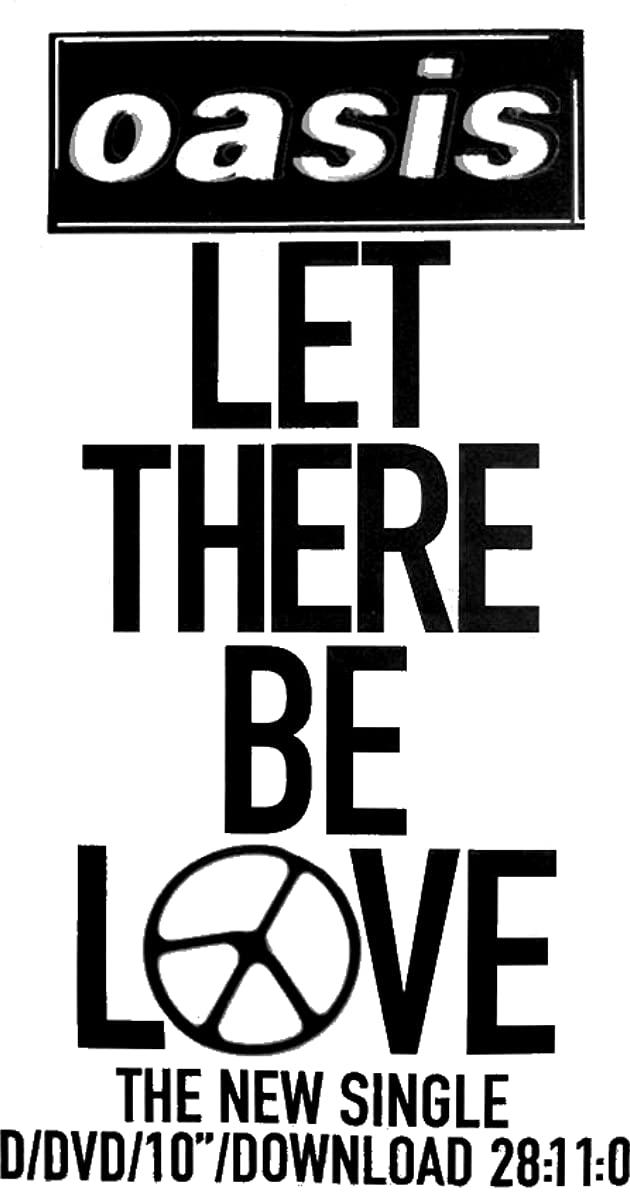 Let There Be Love is a song recorded by Christina Aguilera for her seventh studio album, Lotus (2012). It was written and produced by Max Martin and Shellback, with additional writing from Bonnie McKee, Oliver Goldstein, Oscar Holter and Jakke Erixson. Having originally collaborated with other producers in her earlier works, Aguilera stated that the “full circle” her career had taken became the right time to work with Martin. The song combines dance-pop, EDM and pop musicgenres, and is influenced by electronica and trance. Its instrumentation incorporates synths, drums and electronicas.

Let There Be Love garnered positive reviews from music critics. Many praised Aguilera for not over singing and delivering a solid vocal performance, while others complimented the musical structure and composition. The song peaked at number 132 on the South Korea international singles chart following the release of the album, and at number one on the US Hot Dance Club Songs chart.

On August 29, 2013, an accompanying music video for the song was released on Aguilera’s official channel. It features cameo appearances from Nicole Richie, Christina Milian, Chris Mann, Aguilera’s son Max Bratman and her current boyfriend Matthew Rutler. The video sees everybody makes the “L” sign for the word “love”, alongside positive messages, such as “Racism sucks”, “Accept”, and “Amo a mi hijo gay” (“I love my gay son”). It was described as a “soulful, and completely inexplicable, letter to her fans thanking them for their undying love”. To promote Lotus and the song, Aguilera performed “Let There Be Love” at the 40th American Music Awards and on The Voice in the United States.

Let There Be Love combines a multitude of genres. It is a dance-pop, electronic dance music (EDM), and pop music song. It also contains electronica andtrance influences. It lasts for a duration of three minutes and 22 seconds. The instrumental consists of “a propulsive beat and chewy synths”, as well as “loud drums” and “overwhelming” electronica. According to Kitty Empire for The Guardian, the song is “about as formulaic as club pop gets” but “resonates effectively.” Andrew Hampp for Billboard compared the song’s instrumental to two songs recorded by Usher, “DJ Got Us Fallin’ in Love” and “Scream”, both of which were produced by Martin. He also noted that Aguilera was probably aware that the “Let There Be Love”‘s melody bared strong resemblances to the songs, which most likely prompted her to spend “the last minute wailing all over the place.” Aguilera “roars” the lyrics “Let there be let there be love/ Here in the here in the dark” over trance beats and projects a “saucy” tone as she sings “”Hit the right spot, making my eyes roll back.”

The music video for “Let There Be Love” was premiered on Aguilera’s official channel on YouTube on August 29, 2013. The clip was official released few hours after she posted a 2000-word thank you message to fans on her official website on August 28, 2013. A part of the letter reads,

I may get quiet at times, but when I do have something to say, I mean every word. I decided to share my thoughts with you at length and tell you openly how I feel. Thank you for filling my soul with melody and song … lyrics and love … and giving me a safe place I feel comforted in being brave enough to always bare my soul and come from an honest and genuine place. Be fearless enough to be a conversation piece … Speak your own truth… As always, thank you for accepting me for who I am. Being human – flaws and all.

The music video for “Let There Be Love” was filmed in a DIY style. In the music video, Aguilera is seen in her one-piece swimsuit with the world “love” written all over it. It also featured guest appearances fromNicole Richie, Christina Milian, Chris Mann, Aguilera’s son, Max Bratman, and her current boyfriend Matthew Rutler. The video begins with Aguilera’ message, “Hey everybody Chrisitina here just thanking you guys so much for filling my life and my heart with so much love continued throughout the years… Standing by me, I appreciate all your support, this one is just for you”. Everybody is seen joking around with another friend as they make the “L” sign for “love” with their hands, as well as holding up signs with positive messages such as “Don’t judge”, “Equality”, “Racism sucks”, “Accept”, and “Amo a mi hijo gay” (“I love my gay son”), while Aguilera’s son Bratman “excitedly” “shows off his dancing chops”. At the end, Aguilera blows a kiss to the camera.

Upon its release, the music video for “Let There Be Love” garnered acclaim from media outlets. Lily Harrison from E! Online labelled it “nothing short of adorable”. Similarly, John Walker for MTV Buzzworthy named it “flawless”. New York Daily News writer Rachel Maresca complimented on Aguilera’s new figure, “she looks happier and healthier than ever as she bops around smiling ear-to-ear in swimsuits showing off her trimmed-down figure”, while Allison Takeda from US Weekly commented that Aguilera’s look in the video is “slim and gorgeous”. Writing for the Daily Mail, George Stark commented that perhaps the clip “might enjoy a new lease of life”. According to Sam Lansky for Idolator, the video’s message is a “soulful, and completely inexplicable, letter to her fans thanking them for their undying love”. Malene Arpe for theToronto Star was positive toward the clip, calling it a “perfect antidote to a week of thinking about the Miley Cyrus/Robin Thicke porn circus”. She continued, “Aguilera’s new video is so sweet and innocent and full of goodwill towards humanity, it will make you forget all about twerking and foam fingers and the inherent greasiness of Robin Thicke”. Nina Terrero for NBC Latino compared the video for “Let There Be Love” to Aguilera’s previous video for “Beautiful” (2002) for the same positive portrayal of the LGBT community.

In the United States, the song debuted at number 44 on the Hot Dance Club Songs chart on February 18, 2013. It reached number one with the issue dated June 1, 2013. With “Let There Be Love” attaining the number one position on the Hot Dance Club Songs chart, it upped her total tally to seven number-one songs, and the second from Lotus to reach the peak, after “Your Body” in December 2012.