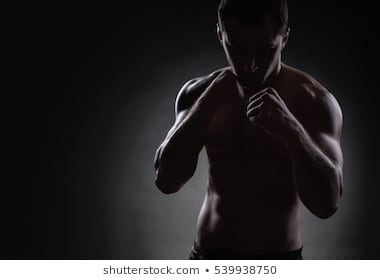 Fighter is a song by Christina Aguilera, taken from her fourth studio album Stripped (2002). The song was written by Aguilera and Scott Storchand was produced by the latter. RCA Records released it to US contemporary hit radio stations on March 13, 2003 as the third single from the album. Musically inspired by band Guns N’ Roses’ song “November Rain”, “Fighter” combines influences from R&B, rock, arena rock and rock and roll genres. Lyrically, Aguilera thanks a man doing wrong to her for making her stronger.

Music critics were mostly positive toward “Fighter”, praising the song’s empowering message and Aguilera’s vocal delivery. It peaked at number 20 on the US Billboard Hot 100 and was certified gold by the Recording Industry Association of America (RIAA) for shipments exceeding 500,000 copies in the United States. The single reached the top ten of several national music charts, including those in the United Kingdom, Canada, Australia and the Netherlands.

A music video for “Fighter” was directed by Floria Sigismondi, inspired by Sigismondi’s dark theatrics. Aguilera performed the track on three of her major concert tours:Justified and Stripped Tour (2003), The Stripped Tour (2003) and Back to Basics Tour (2006–08). “Fighter” has been covered by several artists, including Jordin Sparksand Darren Criss. The stylistic similarities of “Fighter” to her song “Army of Me” from her 2012 album Lotus would later lead Aguilera to compare the two and consider “Army of Me” as a genuine sequel, describing it as “Fighter 2.0”.

In the book Chicken Soup for the Soul: The Story Behind the Song, Aguilera revealed the occasion, theme and meaning of “Fighter”. She talked about her “very chaotic and abusive” home, where she didn’t feel “safe”. In school, Aguilera was picked on and alienated because of her musical passion. However, it made her become “smarter and stronger”. To release herself, Aguilera started to write songs at the age of 15, both music and lyrics; and it was the way how she found her voice. The writing process of “Fighter” began during her promotion for her debut album in 1999, when she was “a part of the big craze pop phenomenon”. According to Aguilera, her debut album helped her a lot to develop the process. She wanted to make an “emotionally rich and positive empowering” song, especially for women, in order for them to speak for themselves be strong. About the idea of the track, she revealed, “I was coming up with titles and ideas and deciding what I wanted to write about. I had to sit down and make sense of my feelings and experiences. I learned a lot from the first record that helped me to develop. I took the good and the bad and considered some of the choices I made and became better because of it.

In 2012, Aguilera wrote and recorded a song titled “Army of Me”, which was included on her album Lotus. She described it as “Fighter 2.0”, a response to “Fighter”. Aguilera revealed that she wrote the song in order to her newer, younger fans would have an empowering song to listen, in case they’re unsatisfied with her previous works. She told Billboard:

Absolutely. There’s a song called ‘Army of Me,’ which is sort of a ‘Fighter 2.0.’ There is a new generation of fans from a younger demographic that might not have been with me all the way but that watch me on the show now. I feel like every generation should be able to enjoy and have their piece of ‘Fighter’ within. This time, the way it musically came together it just felt right for this time and this generation. There’s always going to be a fighter in me getting through some obstacle and some hurdle. All these 6-year-olds who know me from pushing my button and turning around in a big red chair who weren’t around for the actual ‘Fighter,’ this is my chance to recharge it, rejuvenate it and do something modernized for them.

Fighter was recorded by Wassim Zreik and Oscar Ramirez at The Enterprise Studios in Burbank, California and Conway Studios in Hollywood, Los Angeles, California. It was written by Aguilera and Scott Storch, with its production carried out by the latter. Aguilera produced her own vocals, and arranged all of the instruments, alongside E. Dawk. Dave Navarro, Aaron Fishbein, John Goux played guitars, while Larry Gold took string instruments. Kameron Houff was credited as the drummer, and Tarus Mateen played the bass. Tony Maserati mixed the song, with Anthony Killhoffer as the assistant. Other audio engineering was completed by Aaron Leply, John Morichal, Kevin Szymansai and Scott Whitting.

Fighter incorporates elements from R&B, rock, arena rock and rock n roll. The song was Aguilera’s first rock-inspired song, and it was inspired by band Guns N’ Roses’ song “November Rain” (1992). Its instrumentation includes drums, bass,guitars and strings. Written in the key of G major, “Fighter” is a midtempo track, with a moderate tempo of 96 beats per minute.Katie Hasty for Billboard named it a “punchy anthem”. “Fighter” also draw comparisons to Janet Jackson’s “Black Cat”.Aguilera’s vocals on the track span from the low-note of A3 to the high-note of E5. The verses are sung by Aguilera usingmelisma. David Brownie for Entertainment Weekly deemed her vocals on “Fighter” strong and powerful, while Chuck Taylor forBillboard labelled Aguilera’s vocals “tornado of a vocal”.

At the beginning of “Fighter”, the guitar sound was arranged in the chord progression of Em–G/D–D–C–Em/B–B–Am–C/G–G–B7. Aguilera speaks the lyrics, “After all you put me through, you’d think I’d despise you/ But in the end, I wanna thank you, ’cause you made me that much stronger” on the guitar theme by Dave Navarro. Lyrically, the song talks about a man who has done something wrong to the protagonist. Later, she wants to thank the man to did her wrong rather than insult him, because he helped make her stronger and work harder, thus making her a fighter. At the chorus, she sings, “‘Cause it makes me that much stronger/ Makes me work a little bit harder/ Makes me that much wiser/ So thanks for making me a fighter”. She continues, “Made me learn a little bit faster/ Made my skin a little bit thicker/ Makes me that much smarter/ So thanks for making me a fighter”. The lyrics of “Fighter” have been recognized as “empowering”.

The music video for “Fighter” was directed by Floria Sigismondi, who revealed that it would display Aguilera “like I don’t think she’s been portrayed before”. The video was filmed in Los Angeles, California and was inspired by the director’s signature dark theatrics and the life circle of moths. Sigismondi explained the theme and plot of the clip to MTV News:

“The song is sort of about transformation, so I took that in a nature kind of way, the way nature deals with transformation. It’s basically about coming from a very poisoned place to an empowerment, a place of strength. I’ve always had this fear of moths, and I subconsciously wrote this thing with these moths in it, so I guess I have to deal with it. They’re furry and they carry dust. I found out in old mythology they are supposed to represent the soul. I think that’s very appropriate”.

The video begins with Aguilera wearing a black velvet kimono, with a pale complexion and long black hair, refers to a larva. Three pins are lodged in her back, making her hunch. Initially, she is trapped in a glass box, and her kimono is billowing like a balloon. Three Gothic ballerinas eat fruit and then collapse. Aguilera then breaks free from the box by pounding on it until it breaks. She tosses aside her kimono after furiously removing the pins on her back and throwing them away. A tattered, white, moth-covered dress is revealed, symbolizing her metaphoric evolution from the larva to a pupa. In addition, her hair becomes white, and moths fly around her. Near the end, Aguilera wears an Elvira-type spider dress, again proclaiming that she is a “fighter”.

The music video for “Fighter” garnered numerous awards. At the 2003 Belgian TMF Awards, the clip won Best Video International. It garnered Aguilera and Sigismondi aJuno Award for Video of the Year at the 2004 ceremony, which was held at Rexall Place in Edmonton, Alberta, Canada. It also earned four MVPA Awards for Best Pop Video, Best Cinematography, Best Make-Up and Best Styling in a Video in 2004, held at Orpheum Theater in Los Angeles, California.